Have you ever been stuck in the middle of a crowd? As people pack closer together, it becomes more difficult to move through the crowd. Sometimes it can become so tightly packed that you cannot move at all. If this sounds uncomfortable, then you probably wouldn’t like to live inside a cell, which is densely packed with proteins and other molecules. This crowding is very important for the cell—it pushes the molecules together so that they can interact and perform the chemical reactions that the cell needs to live. In fact, many human diseases are likely influenced by changes in molecular crowding that cause harmful interactions between proteins. Despite its importance, it remains a mystery how the crowding inside cells is controlled. Combining biophysics, cell biology, physical modeling, and cryo-electron tomography, an international team of scientists at New York University (NYU) and the Max Plank Institute of Biochemistry (MPIB) has discovered that the mTORC1 signaling pathway controls the concentration of ribosomes inside the cell, thereby regulating crowding and the ability of proteins to interact with each other to form phase-separated compartments. This study is published in the journal Cell. 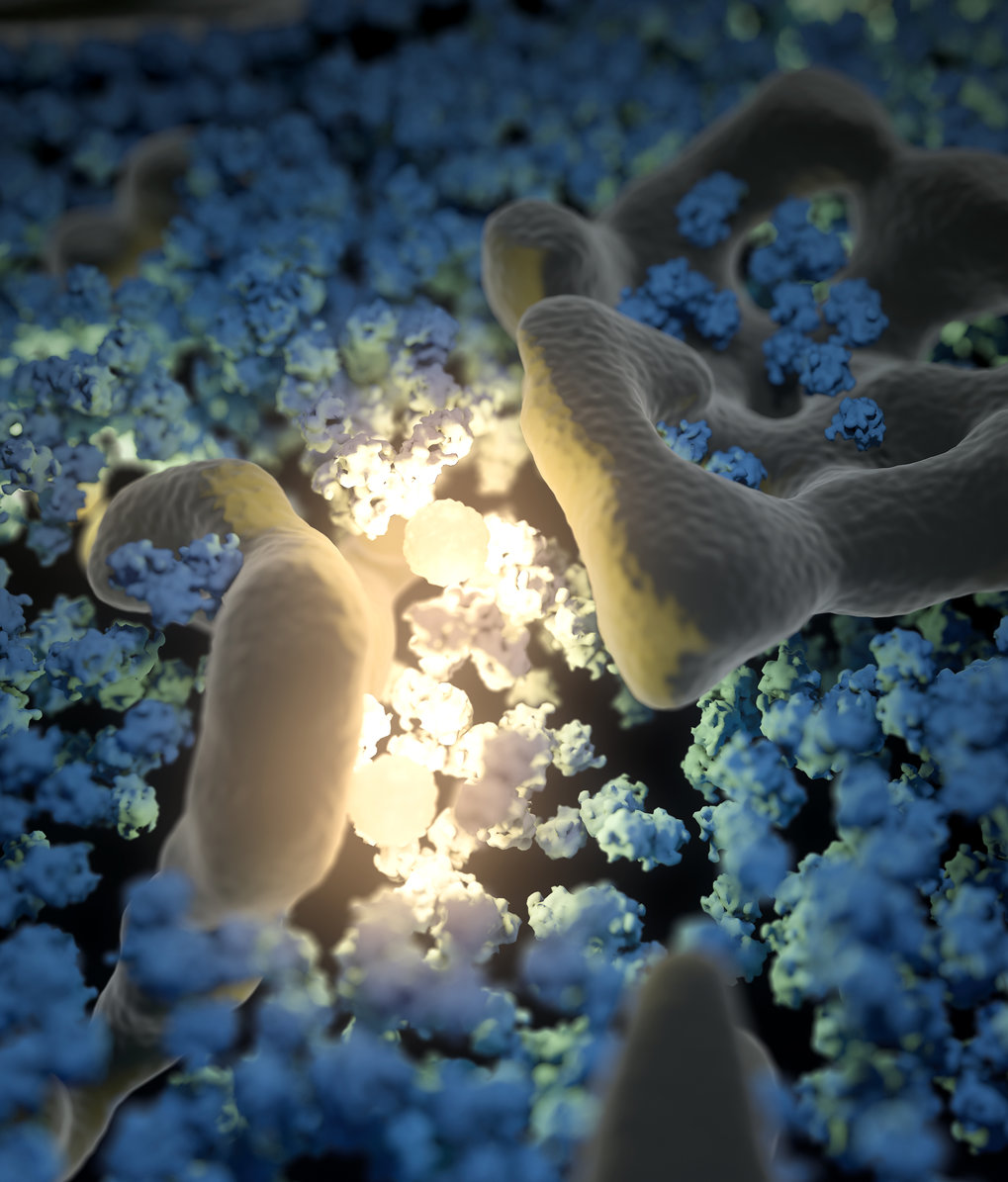 GEMs shed light on molecular crowding
The team led by Liam Holt at NYU School of Medicine invented a clever strategy to measure the molecular crowding within cells. They designed tiny fluorescent balls, called GEMs, which are produced inside living cells. Using light microscopy, the researchers were able to track the movement of the glowing GEMs, and thus determine how difficult it was for the GEMs to move through the crowded cellular environment under different conditions. This led to an exciting discovery—mTORC1, a protein complex that is well known to control cell growth, also controls crowding within the cell. When mTORC1 signaling was inhibited with the drug rapamycin, the GEMs traveled much quicker through the cell’s cytoplasm, indicating that there was reduced crowding. This is analogous to how traffic can move faster when there are less cars on the road.

Ribosomes are the cell’s natural crowding agent
To examine this change in crowding, the team led by Benjamin Engel at the MPIB imaged the native cellular environment with cryo-electron tomography. “This powerful technique allows us to see every molecule within the cell,” explains Engel. “The cell’s cytoplasm is full of little protein factories called ribosomes. We were able to count each ribosome in the cell with single molecule precision.” When mTORC1 signaling was inhibited, the concentration of ribosomes within the cytoplasm dropped by half, dramatically reducing the molecular crowding encountered by the GEMs. The strong correlation between decreased ribosome concentration and increased GEM motility indicated that ribosomes are the main “crowding agent” within the cytoplasm.

To mix or separate?
It has recently been discovered that cells can compartmentalize their proteins by concentrating them into liquid droplets that do not freely mix with their surroundings, similar to how vinegar forms separated droplets in a dish of oil. This process, called “phase separation”, allows biological reactions to occur much quicker and more efficiently by concentrating specific molecules together in a small space. When scientists examine phase separation in test tubes, they have to add an artificial crowding agent in order to get the separation to occur. Until now, it was unknown what the cell’s natural crowding agent could be. Holt and colleagues discovered that changing the ribosome concentration greatly affected phase separation both in test tubes and within the cell. Thus, mTORC1 signaling controls the abundance of ribosomes, which in turn act a natural crowding agent to tune phase separation in the cytoplasm.

The effect of crowding on cellular disease
Up to a point, crowding concentrates interacting proteins together into phase-separated liquid droplets. However, if molecules in the cell become too crowded, these droplets can solidify. The current study suggests that malfunctioning mTORC1 may increase crowding, and therefore cause phase-separated droplets to become the solids found in cells with diseases of aging, such as the tau fibers that build up in the brain tissue of Alzheimer's patients. Furthermore, the mTORC1 pathway has been a common target of cancer drug development for decades because it senses whether a cell has the energy to grow and divide. These drugs have had limited success, which Holt says may be related to the crowding effect. For example, mTORC1 activation may be important to initiate cancer in some cases, but as cancer cells become too crowded with ribosomes, mTORC1 could hinder cancer growth later. Thus, the current line of work may help to set new guidelines about when to use mTORC1 inhibitors based on the stage of a patient’s cancer. “The biological consequences of phase changes are an area of intense inquiry right now,” says Holt. “One of our long-term goals is to design therapies for neurodegeneration and cancer that alter molecular crowding within people’s cells.”