A Tag for Proteins 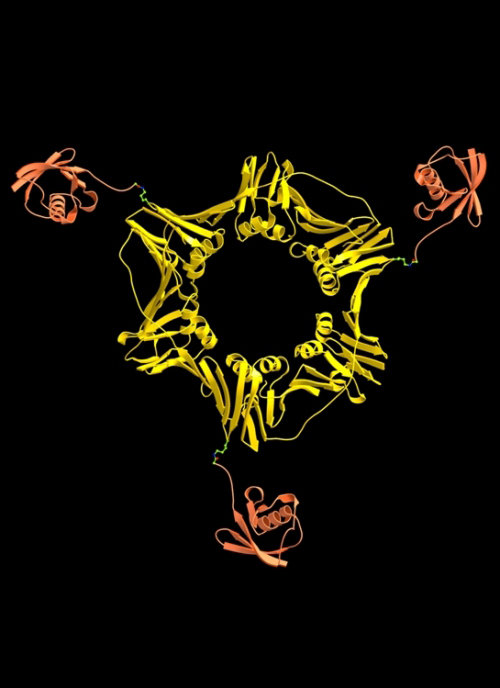 In every cell, innumerable proteins steer complex vital processes. Each protein takes over special tasks, but these can be altered through protein modifications. The scientists in the team of Stefan Jentsch investigate how proteins are marked for their different tasks in the cell.

Each cell has a large number of proteins, which control all life functions. Here, every protein fulfills a special task. But how does the protein “know” what it has to do? The binding of the small protein ubiquitin or related proteins changes its characteristics. In this way, complex processes such as DNA repair, cell division, protein degradation or programmed cell death can be regulated precisely. How does this regulation work in detail? That is the question Stefan Jentsch and his team want to answer with the help of the model organism baker’s yeast.

Among other things, the scientists analyze the role of ubiquitin in protein degradation. Cells have molecular “machines” which break down defective or superfluous proteins into their individual components and dispose of them: the proteasomes. To ensure that this does not happen without control and to prevent any mix-ups, the proteins destined for degradation are first tagged with an ubiquitin chain and thereby marked for disposal.

But a modification with ubiquitin does not always lead to degradation. The scientists showed that ubiquitin is essential for DNA repair and that the modification of the protein PCNA with ubiquitin plays an important role in the prevention of DNA damage. These findings could also be medically important, because diseases like cancer are often caused by DNA damage as a consequence of ultra violet radiation.